GSM brought together three revolutionary ideas, one commercial, one technical and one regulatory. The commercial vision was the internationalisation of cellular radio. People should be able to take their mobiles with them when they travelled abroad. The vision then was of a pan European Cellular Radio Service. The technical vision was “digitalisation”. Every single corner of our communications world was being digitalised…driven by the silicon chip revolution…so if there was to be a new common European mobile radio network…why not make it digital?  The regulatory vision was better spectrum efficiency to which was later added the objective of having competitive mobile networks. However, in March 1987 the GSM vision was on the point of failure.  In a breathtaking 37 weeks the whole of Europe (countries and industries) were brought behind GSM in a rare unity and speed. Out of this near failure the mobile revolution emerged.

Or go right inside the GSM revolution: 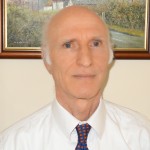