The “WHO CREATED SMS” debate

The story of “who created SMS” is really fascinating. It offers insight into not just to who the hero’s were that made it happen, but how society (a quarter of a Century later) sets about recognising those who brought about such an outstanding achievement.

If anyone went to their local public Library and asked for a book on the creation of SMS they are likely to come away with one published by Wiley in 2010 called “Short Message Service”. It contains the names of anybody of any importance in the creation of SMS. It is forensic in its detail. But how many people today do research using books in a library?

The Internet has become most peoples’ gateway to information. If anyone Googles on the Internet “Who invented SMS” then the great Google information engine offers too many names including: Matti Makkonen, Finn Trosby, Friedhelm Hillebrand, Bernard Ghillebaert, Oculy Silaban, Neil Papworth…and that is only Page 1 of the Google search results (Feb 2013).

The problem with Google is that it lacks discrimination for the truth. Wilkipedia often does not help in complex and controversial areas. It tends to descend into an information mush. So the serious journalist is left sorting through contradictory Google search results. Many on short dead-lines pick the answer that seems to have the most independent citations.

This is what happened during the 25th Anniversary of SMS. Most came to the conclusion that a Matti Makkonen is the father of SMS…a name that does not appear anywhere in the highly reliable account in the Wiley book on SMS. This should be a warning for the future. All those wrong media articles giving an entirely erroneous account become yet more citations in Google…leading more into the trap of thinking…all these people saying the same thing cannot be wrong.

Well they were wrong!

So who really did create SMS?

1. All 21st Century technology draws on a huge number of technical ideas – so it is a completely useless enterprise to try to track back from an outcome (like SMS) to a single person in the 15th Century thinking hill-top beacons could become a simple messaging system. The fact is that in the early 1980’s the world was awash with people having ideas about mobile messaging.

2. The point of origin of what we would recognise today as SMS was a document that emerged in the joint Franco-German R&D trials in October 1984 calling for the provision of a message transmission service of alphanumeric messages to mobile users with acknowledgement capabilities.

3. Here the story moves into GSM. The only route for ideas into GSM was via written contributions from Administrations. Decisions were all carefully minuted before delegates left for home. My research could find absolutely no link between Matti Makkonen and the conception of SMS. The archives and subsequent accounts from those attending GSM at the time show SMS only having two fathers – Friedhelm Hillebrand and Bernard Ghillebaert. They were the guiding hands in the conception of the service. 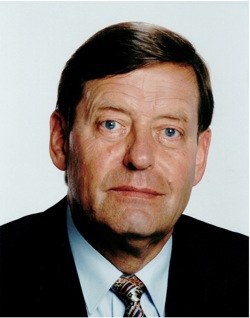 4. So GSM now had a service definition but this still had to be given technical substance. If we now list those most responsible for the shaping a very successful technical solution the three names that appear at the very top of our list would be Finn Trosby, Kevin Holley and Ian Harris. 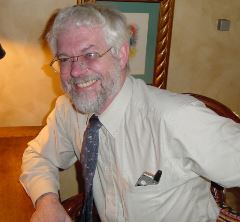 We now have the two plus three most credible heroes of SMS – delivering both a brilliant concept and a viable technical solution respectively.

6.The next notable milestone is the first SMS sent over an operational GSM network. Here Neil Papworth steals the lime-light with his SMS to Richard Jarvis that Richard received on his Orbitel 901 in 1992. There have been other claims to have sent the first SMS but they miss the point. These sort of “firsts” are media events to mark a commercial milestone – in this case a Vodafone milestone. An illustration of this is the widely accepted story that the British TV Comedian Ernie Wise made the first cellular call over the UK cellular networks in 1985. But I am told (by an impeccable source) that Ernie Wise did not make the first UK cellular call. It was another Ernie (Harrison), the Vodafone Chairman, who phoned his son half an hour earlier. But the commercial milestone was the Ernie Wise call…that is what the media came to record and that is what they did. (More recently Vodafone now say the first call was from the son to Ernie Harrison).

7. At this stage of the SMS story journalists tend to leap straight to the huge phenomenon of young people sending SMS messages to each other. The spin on the story is that those in GSM in 1984-88 missed the blindingly obvious and children had to show them the way. In fact there was a monumental shaping event that came in-between. It was the great mobile revolution transforming mobile from an expensive tool for the business community (and the wealthy) to a mass consumer item. The point of origin for this transformation is widely attributed to be the DTI Phones on the Move consultation document in 1988.

8. The final thread in the SMS success story occurs around 1995. A substantial number of GSM networks are, by then, providing inter-connection of SMS messaging and mobile “pre-paid” arrives (an innovation we attribute to the Portuguese GSM operator TMN).

9. Once the mobile became so cheap that even most children could afford one – then the condition for the mass take-off of SMS fell into place – the driving factor being an SMS message costing up to 10 times less than a telephone call. It is a credit to modern education that most children could work out how to get the most for their pocket money and master keyboard entry. This is what drove SMS messaging volumes into the stratosphere in the youth market.

The SMS Technical Achievements as viewed in 1991

It is easy to look back at SMS in the light of its enormous success as the world’s largest and most successful messaging community. But how was it viewed in 1991 at the point when GSM networks were only just being switched on. The following paper was presented by Kevin Holley to IEE Colloquium on GSM and PCN Enhanced Mobile Services in January 1991 and offers us this unique view of SMS – even before the first SMS message had been sent.