How did Europe manage to get everything so right with GSM, stumble when it came to 3G and completely lose the plot by the time 4G arrived? Can today’s European policy makers in learn anything from GSM?

The following is based upon a speech given by Stephen Temple at a seminar hosted by TeliaSonera in Stockholm on July 1st to celebrate the award of the US Draper Prize Thomas Haug, an outstanding Swede and European and the first Chairman of the GSM standards group. It sets out for the first time why GSM was so spectacularly successful and in particular the part that could be used again in Europe to regain the ground it has lost over 3 generations of mobile technology:

The US mobile operator AT&T has recently claimed a clear lead over European mobile operators for the new 4G technology. This has emboldened them to consider taking-over some of Europe’s struggling mobile operators and teach them how to make of success of 4G. (See FT June 20th – US Mobile Operator aims to capitalise on 4G technology). How times have changed. It seemed like only yesterday that Europe was teaching the rest of the world how it is done with their stunningly successful 2G (GSM) technology. 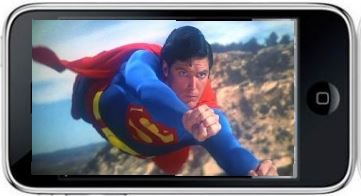 Europe’s descending performance over successive generations of mobile technology can be graphically mapped by a single word for each of three generations. For 2G (GSM) the word would be “outstanding”, for 3G the word is “underwhelming” and now with 4G the word being muttered in some quarters is “shambles”. How did Europe manage to get everything so right with GSM, stumble when it came to 3G and completely lose the plot by the time 4G arrived? Are there any lessons that can be learnt from GSM?

An obvious question to ask is whether the GSM success was down purely to it being a superior technology? Whilst the GSM technology had some advantages it certainly did not stand head and shoulders above its other digital rivals. In fact the very first GSM hand portable was no better than the analogue hand portables around in 1992. So we can say with certainty it was not the technology alone – although a good open technical standard was a necessary pre-condition. We need to look elsewhere for the explanation for a success that far exceeded the GSM communities expectation.

The most plausible reason for GSM’s huge global success was that in 1992, when GSM was first introduced, there were in fact two revolutions going on in parallel. The first was a technology revolution – analogue to digital. The leadership of Thomas Haug in the production of the necessary open technical standard has been deservedly recognised in the Draper Prize. The second was a revolution in the “Operating Model”. That is a phrase used here to describe the particular mix of government policy, regulation, competition model and cooperation model that was put behind the GSM standard. It embraces the forces that act on a new technology trying to establish itself in the half regulated/half competitive mobile network world.

The UK was particularly influential in shaping this revolutionary new “Operating Model” beginning with mobile network competition that was applied to GSM, the creation of a new model of international cooperation – the GSM MoU and a package of further world ground breaking measures in the UK’s 1988 Personal Communications Network (PCN) initiative. The resulting new Operating Model was rapidly adopted across Europe and the rest of the world. It provided the momentum to super-charge GSM to becoming the most successful communications network in the world, with 5 billion mobile phones and generating trillions of dollars of wealth over the life of the GSM technology.

Perhaps GSM was too successful. It left a presumption that success with later generations of mobile technology would come of its own accord. This has not been the case. Less detailed attention was paid to the Operating Model needed to make a success of the new 3G technology. Economists came along with new ideas like “spectrum auctions” that spun out of control and tore away some of the fabric of the Operating Model. The very high prices paid for the spectrum led to mobile operators slashing their capital budgets and this delayed the roll out 3G networks. Coverage was patchy and still is today (the wrong choice of frequency). The supply industry was hit by the cutbacks in orders and left European suppliers with less money to spend on R&D.

By the time 4G came along the Operating Model, at least at the European level, was completely dysfunctional. In particular, the timing of the release of new spectrum across Europe for 4G has been all over the place. Some national regulators have been running off at tangents creating further delays. Nobody has yet woken-up to the fact that a future mobile network that largely provides access to the Internet has radically different economics.

In the old economic era the mobile services and networks were one integrated market. In the new mobile Internet age the networks and services become separated into two distinct markets and critically there is no financial link between the two. The Googles, Amazons and millions of other Internet enterprises reach their customers over mobile (and fixed) networks but pay absolutely nothing for the carriage of their data. This leaves the mobile network operators having to invest in capacity to fuel this growth but getting no automatic share of the resulting Internet services and application revenues. If this is not challenging enough, mobile operators are further handicapped by independent regulators pursuing very short term agendas. The Regulators do not do this out of choice but are forced down this path by the mandate given them by past governments to match the earlier economic era. It is the wrong Operating Model for the new mobile Internet age. It is no wonder that Europe has lost so much ground.

We are beginning to hear cries for European policy makers to learn the lessons from GSM? But the world has moved on a long way in 25 years. So are there any lessons from GSM that could be applied today? There are still a few and luckily the secret of GSM’s success is one of them.

First, we know from GSM that technology alone is not transformational. It is the Operating Model behind the technology that drives the transformation. So, the real secret of GSM’s success was the thought given to the Operating Model to deliver the GSM vision in the particular circumstances pertaining to the late 80′s. This is where the GSM magic can still be applied to the circumstances and new opportunities of our time. Policy markers need to ask themselves the questions: what is the vision of “untethered wireless access to the broadband Internet” and what is the right Operating Model that best assists the private sector to deliver this vision? A bold, innovative and uncompromising new Operating Model for an untethered wireless-fibre world could deliver a big “GSM style” success.

So, if Europe doesn’t want to wait for another 10 years until 5G comes along to get back into the race…a revolution in the mobile network Operating Model could be the next big thing!