In 1984 and in another part of the telecommunications technology field, the French found themselves in a quandary. What to do about their telephone exchange industry? The telephone exchange is at the heart of a telephone network. The new generation had become giant computers. Like any computer they required huge amounts of software to operate. The software was becoming more and more complex and very expensive to maintain. Ever larger markets were needed for these software driven telephone exchanges to be an economic proposition. The French knew that British Telecom was looking to introduce a second independent telephone exchange supplier. This was to put competitive pressure on GEC and Plessey who were supplying the System X exchange. “Late and overpriced” was BT’s view of their principal telephone exchange suppliers. The French PTT were also not adverse to a bit of competitive pressure on their main supplier Alcatel. They approached British Telecom and proposed a deal where each would use the others principal supplier as a competitive second source. This was a classical reciprocal deal in industrial policy terms. Except British Telecom were not the least bit interested in industrial policy. This was the new British Telecom who would shop on the world market and buy the best. The French overtures were snubbed and British Telecom ran an international competition. The British Telecom experts saw the French telephone exchange as a bit long in the tooth. To add insult to injury it was thrown out of the competition at the preliminary sift in a very public way. Perversely this rejection by BT turned out to be a favour to French industry. It no doubt contributed to the imaginative decision by France whereby Alcatel bought out ITT’s European telephone exchange interests which were mainly in Germany in the form of SEL. This created the foundation for Alcatel to become the largest telecommunications manufacturers in the world. It was a truly masterly European industrial restructuring. However, this helpfulness to French industry by BT was not so evident to the French at the time. They were livid. Not only was their industrial policy in tatters but the telephone exchange of their national champion was publicly damned as not even worthy of making BT’s short list. A Financial Times conference on telecommunications took place in London just after BT had rejected the French Government overtures. The Director-General of the French PTT slated British Telecom in public. Sir George Jefferson sent an olive branch round in the form of offers of co-operation in other areas. This included a pan-European cellular radio system. The top manager in their mobile radio company John Carrington was dispatched to Paris. His interest in a pan European mobile radio service was ignited by customer feedback that they were irked that their UK mobile phones stopped working a few miles the other side of Calais. It was the point when BT crossed the Rubicon in support of GSM. 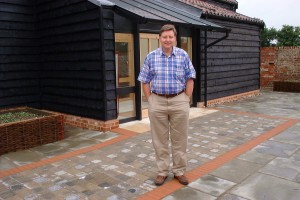 John tabled a draft for such a co-operation agreement. The co-operation agreement included a provision on the cooperation on technical standards and sharing R&D results. When I heard about this I was irritated. It was not that I had just not been consulted but I felt that the overture was premature. My Under Secretary, Alastair Macdonald challenged me – “Wouldn’t it be better to be on the inside and influence things?” he asked. I felt that the risks of getting committed to a technology that may turn out to be well removed from market realities outweighed this. He listened and did not press his point. I sent John Carrington a stiff note that under no circumstances could he agree to anything that was inferior to the UK’s analogue mobile radio system. As it happened the French were in no mood to receive these overtures from British Telecom anyway. The dialogue fizzled out. However the French were more receptive to overtures from the Italians. Mr Randi from the Italian holding company STET was sceptical about the success of the Franco/German initiative. On the other hand there was a small chance it may succeed. Getting into a co-operation agreement with the French and Germans was an insurance policy. This policy wasn’t free. I learnt later that STET had to pay something to the French PTT. This done, a tripartite co-operation agreement was signed in Nice in May 1985 between France, Germany and Italy. The text wasn’t a million miles from the one John Carrington had deposited with the French PTT in the sense of offering a sensible entry point for the UK into this agreement had the French been willing and the DTI not holding back. This agreement established a political power structure across Europe sitting over the GSM committee and effectively setting its strategic direction. It was very obvious that the tripartite agreement was far from balanced. Within the tripartite agreement was a kernel in the form of the bilateral political agreement between France and Germany glued together by the jointly funded R&D trial. The next ring was France, Germany and Italy within this new digital cellular cooperation agreement. Sitting outside of this were all the other European telecommunications administrations sitting on GSM. It would be a fair description in this picture of European power and influence over the direction of GSM to add the UK in a fourth (outer-outer) ring as it pursued its unique path of competitive mobile network operators.