The small technical community that GSM comprised followed all this hive of technical activity avidly. The real world had other pre-occupations and was moving on apace.

In November 1986, far from the clatter of vans full of electronic equipment being bumped and shaken over the back streets of Paris, Chris Gent the Managing Director of Vodafone took the head of the Radio Regulatory Division out to lunch. He had a small problem. He’d run into planning permission difficulties, particularly with some of the “loony left wing” boroughs in London. Some of the new radio transmitter sites he thought he could depend upon were being held up by these unhelpful planning authorities. How about the temporary loan of the GSM channels? He was invited to put his request in more formally. I got a copy of the letter and immediately wrote to the Assistant Secretary asking them to kill the idea stone dead. It would bring a lot of trouble for our European initiative.

During a regular visit to Vodafone Chris Gent asked for my views. My suggestion was that it would be better to secure our support for finding solutions to his site difficulties.

For a while things lay dormant. I was irritated to then be invited to a meeting at the Radio Regulatory Division set up for Chris Gent to present his case for the temporary use by Vodafone of the reserved GSM channels. He explained his traumas with what he described as the loony left, including questionnaires on how much equipment Racal (then still the parent company of Vodafone) had sold to the South Africa apartheid regime. All this was blocking their planning applications for radio masts going before local planning committees.

The critical commercial period for Vodafone was from January to June 1987. From June to December the problem would gradually ease. After December 1987 the Ministry of Defence channels would come into service and the problem would go away. On the other hand the GSM channels were just sitting there doing nothing.

The rest of the meeting was spent with me raising difficulties and my Radio Regulatory colleagues finding on the spot solutions. It came down to my perceptions of the possible diplomatic problems due to the wrong signals being given to Europe. As Chris Gent left he said casually that, if it was helpful, he could get Sir Earnest Harrison to raise it with the Prime Minister. This was a coded message that this request wasn’t to be treated lightly by officials. For Chris, in early 1987, GSM was a possible “nice to have” around the corner – today he had a far more pressing problem of meeting customer demand and the GSM channels used for his analogue network would fix it.

A few days later my phone rang. It was Colin Davis the Managing Director of Cellnet. What’s this he’d heard about Vodafone wanting access to the GSM channels? “Small world is cellular radio ” I thought. As it happened Cellnet had scheduled a meeting with a party from the Radio Regulatory Division the following week. I suggested he might redirect his question to them.

He did this quite eloquently. At least some of those colleagues who had been shooting down my arguments at the meeting with Vodafone flipped and decided that giving Vodafone the reserved GSM channels might be a little politically fraught. But there was now momentum behind the Vodafone proposal. The Vodafone lobbying machine swung into action. I was clearly a lost cause. I had the impression of contact being taken above, below, to the left, to the right.

The now traditional Vodafone Annual birthday lunch was coming round in early January 1987. The content of Sir Earnest Harrison’s after lunch speech was a foregone conclusion. A defensive brief went up to Mr Pattie advising that the timing of the Vodafone request couldn’t be worse as far as the European initiative was concerned. The request should not be agreed this side of the Madeira CEPT/GSM meeting. It simply wasn’t worth the risks. Thereafter we’d have to consider the issue in the light of the prevailing situation.

At that stage I was the only thing standing between Vodafone and the reserved GSM channels they were after.

The day of the Vodafone lunch saw the snow was still wreaking havoc on transport. It was the 14th of January 1987. Snow or no snow I had to be there. I battled my way through the snow drifts to my nearest big town. I caught the one and only train out of Woking station to Waterloo. As I padded into the hotel in my Wellington boots, shoes in hand, I happened across some executives I knew from Plessey. In the same hotel as Racal? This was too much of a coincidence! Later Racal and Plessey started a joint venture company called ORBITEL to manufacture digital cellular radio products. Mike Pinches became its Managing Director.

When Sir Ernie Harrison stood up for his after lunch speech everyone tensed. He went right over the top. “Please, please, please don’t refuse us these channels” he beseeched the Minister. We are only asking for the loan of a modest 3 MHz from the 10 MHz being held in reserve.

Mr Pattie stood up to reply. He said that we couldn’t be little Englanders and be impervious to the effect of what we were doing on the rest of Europe. He couldn’t agree to Vodafone having the channels before the Madeira GSM meeting. He would consider any new request afterwards on a week-by-week basis.

There the matter rested. The friendly and overly firm handshake from Chris Gent after the lunch left me in no doubt that he would be knocking on the DTI door immediately after the Madeira meeting.

One problem at a time ! 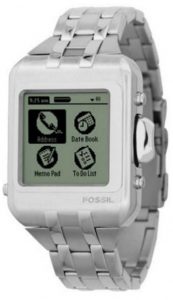 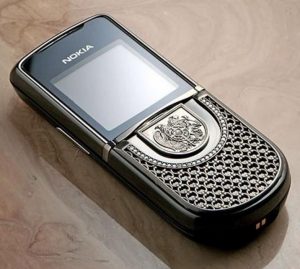 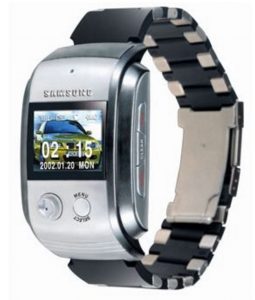 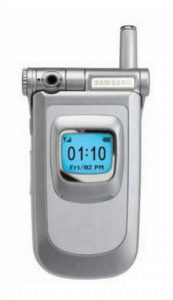